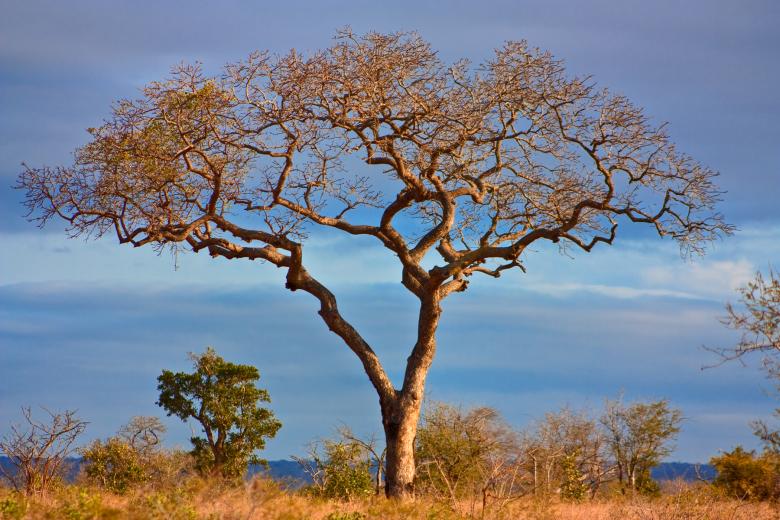 ‘Today is today,’ Mazi Enuke told Orie, his fourth and newest wife. ‘Today that son of a vulture will know who I am.’

‘But nna-anyi,’ Orie implored, ‘Can’t you just leave it?’

‘Leave what? I say leave what? Someone is spoiling my name and I should leave it? Tufiakwa. It won’t happen.’

‘But everybody knows Mazi Amazu cannot be taken seriously?’

‘They are taking him seriously,’ Mazi Enuke replied. He put on his cap and looked at himself in the cracked mirror, a gift from Teacher Ikeji. At first, it was said that a mirror drove away one’s chi but now men of stature all had one and he was glad for the good teacher’s benevolence.

‘Nna anyi, Mazi Obioha had many enemies,’ said Orie. ‘Any of them could have been the one that poisoned him.’

‘So why is Amazu pointing his dirty, stinking fingers only at me?’ Mazi Enuke was losing patience with his young wife. ‘I have to stop it now before it grows legs and then wings and flies like Eneke the bird to the ears of the Divisional Officer in Arochuku.’

‘But surely, DO cannot believe that kind of thing?’

‘What do you know about what DO believes, Orie? How did all this start anyway?’

‘Yes of course, the land,’ retorted Enuke. ‘It was the land.’

‘But DO said it belonged to them?’

‘You see what I am saying? You see? What does DO know? That land has been in our family from when the world was created. My forefathers and their forefathers before them farmed that land.’

‘Nna-anyi, don’t be upset but Dei Uche said your Umunna has accepted the whiteman’s decision, that after everything is said up and said down, it is just a small piece of land out of the many that the family has.’

‘I know, my oriaku, but that is why I am telling you I don’t trust that DO will believe anything as long as it is that thief of a courtuma’s family that tells him.’

Mazi Enuke grimaced. Yes, they had made their peace with DO’s accursed decision but what could they do? The world changed, all of a sudden, the day the white man arrived. Justice had fled the land, displaced by the white man’s strange dispensations with a force that even the gods were powerless against.

One did not have to look farther than at Okonkwo to know how far things had fallen apart. Okonkwo, a man for all seasons, a man among men. Okonkwo, the great wrestler, whose back had never touched the ground and who was reputed to have successfully grappled with his chi in the land of the spirits. The same Okonkwo had hanged himself rather than face the white man’s justice.

And what had he even done? He struck down the white man’s messenger who dared desecrate the land. In the old days, Okonkwo would have been feted and his legend multiplied beyond measure. But now? Mazi Enuke hissed. He would have spat but for the fact that Orie continuously berated him when he did so. She seemed to have learned from the children who went to the white man’s school that it was somehow wrong to do so. Mazi Enuke hissed again –one could not even spit in his own iba anymore without coming up against the white man’s suffocating diktats.

Achebe’s family had not even been part of the dispute. It was the Diwe family that challenged ownership of the narrow strip of land running down to the Otamiri River out of which came the best yams for miles around. But Ahize, Achebe’s since deceased son, had been the courtuma, the interpreter in the white man’s court. Only God – Chukwu Abiama – and Ahize himself knew what Ahize told the DO that day to make the DO declare that the land belonged to the Achebe family.

‘But even the other white man said it belonged to them as well?’

‘Yes, when we realised what had happened, we sent emissaries to Aro but on getting there we were told that the one who pronounced that abomination of a judgement had gone back to their country.

‘And the new one could not see the injustice?’ Orie was puzzled – it was said the white man knew everything.

‘No, he told us he could not change what had been written; that when it is written, it is written. That is how those umu oru, a lineage of slaves, a people that are owned, came to own the most fertile piece of land in this village.’

‘I am sorry, nna-anyi.’ Orie’s voice was penitent. ‘Please forgive me.’

‘No, Orie, there is nothing to forgive. You have spoken like a woman, like a good wife but now I must act like a man should.’

‘I bid you well, nna-anyi. May the ancestors guide your tongue before the elders.’

Mazi Enuke smiled and touched her face gently. His fourth wife was young enough to be his daughter but she spoke like she was his age-mate, like a man even. That precociousness was why he was so fond of her. But now there was business to be done. His face was set as he left the hut.

Amazu made a compelling case before the elders. He was the current diokpa of the Achebes following the canoe accident in which Ahize had drowned on the way to assizes with the DO. The white man was said to have swum like Asa the eel to the riverbank but Ahize for all his knowing the white man’s ways, could only thrash about wildly till the Bonny river took him like it had taken many before him.

The gift of the garb ran through the many generations of the Achebe family. It was perhaps little surprise that it was one of them who had become the white man’s first mouthpiece from the community. Only through an uncommon ability with words, even at an early age, had Akachebe, their forebear, managed to escape the fate ordinarily reserved for ‘owned people’ like him.

If only Okonkwo’s beloved Ikemefuna had the same talents. Perhaps he would similarly have talked his way out of being the offering the gods demanded, for the continued peace and progress of the community, as soon as he started to come of age. That sacrifice, inadvertently executed by Okonkwo in the heat of the moment, was perhaps the beginning of the great man’s undoing.

Everyone later said the gods were not happy that he whom the boy called ‘father’ had struck the mortal blow in the confused circumstances of that sweltering Nkwo afternoon. The gods could sometimes be funny like that.

Jolted out of his reverie, Enuke scrambled up.

‘My elders, I greet you. I would have said I do not include Mazi Amazu in my greetings given the accusations he has levelled against me but I greet him too for our custom, the custom of our forefathers, demands it.’

‘Thank you, Mazi Enuke, for respecting the custom. You have heard the accusations?’

Yes, indeed he had heard the accusations, as well marshalled as they were. Amazu was there when Enuke and Obioha jostled on the way from the farm. Obioha was Amazu’s younger brother, a hardworking farmer to Amazu’s perennial drunkard. Enuke had encountered Amazu sprawled by the footpath, inebriated and unable to get up. Contemplating Amazu with disgust, Enuke spat in his direction not realising that Obioha had emerged, on the other side of the path, from the bush.

‘Anuofia, you beast; why are you spitting on my brother?’ Obioha had challenged.

‘Look at him,’ Enuke countered. ‘Is he not deserving of even worse?’

Both men had squared up to each other and then started to grapple. Luckily, a gaggle of other people heading to the farm came upon the scene and forced the two apart before any apparent serious damage was done. On the brothers’ way from the encounter however, Obioha complained repeatedly that Enuke had scratched him, wondering whether they needed to make a diversion to the dibia for remediating unguents, just in case. Enuke’s family was renowned across all the Aros and beyond as possessing an outstanding knowledge of poisons and poisoning which had been passed down from generation to generation.

Two days later, Obioha and Amazu were preparing to set off for the farm when Obioha suddenly started drawling, his mouth curving downwards. He crumpled to the ground, unable to form words. Amazu thought he recognised this as what happened when a man had imbibed of too much palm wine from the diochi; he, Amazu, was better acquainted than most with the symptoms. The only problem was that Obioha had never drunk a drop of palm wine or other liquor in his life.

As Amazu dropped to his knees to cradle his brother’s head, Obioha’s body went into spasms as if being struck at close range by unseen spirits. Amazu raised alarm and other members of the kindred rushed out. Obioha was taken into his hut and made to drink water while the dibia was summoned. The mystic man pronounced this a case of serious poisoning but despite repeated visits over the next six weeks, could not remediate the problem. Obioha died on the seventh Orie day after he slumped, never speaking again or getting up from his bed.

Amazu had finished his declamation to the elders with a flourish.

‘And so our elders, can it be said that it is a coincidence that my beloved brother, a picture of good health hitherto, was struck by a mysterious illness a day after his fight with Enuke and then died on Orie day, the same day for which Enuke’s favourite wife is named? No, my elders, we say that if the witch cries at night and a child dies in the morning, we do not go to a soothsayer to ask what killed the child. Enuke must be reported to the DO and held accountable for my brother’s murder.’

Enuke knew he could not match the flowery language with which Amazu had presented. Nor did he intend to. He had his answer ready.

‘My elders, you know my family. You know what we can do. I therefore ask you, if I decide to poison a man, do you think he will last a night talk less of six Orie days? Think about it. My father’s father was not acclaimed as Echieteka – tomorrow is too far – for nothing. If I had deigned to transmit a poison onto that nwanne of theirs, he would be dead piaaaa before they reached their accursed kindred. Yes?’

The wizened old men looked around and acknowledged that no truer statement had been made that day. It would subsequently go down in folklore that no quicker resolution had, in living memory, ever been reached in such a case. Even the loquacious Amazu was so taken by the logic of Enuke’s statement that he had nothing to say when the elders asked him for a response. There would be no report made to the DO. Amazu and the rest of the Achebes were bidden to cease and desist from further accusations against Enuke.

The triumphant scion of the family of poisoners majestically strode back to the comforts of Orie that night, pleased that not once had he lost his temper during that most provocative of trials. 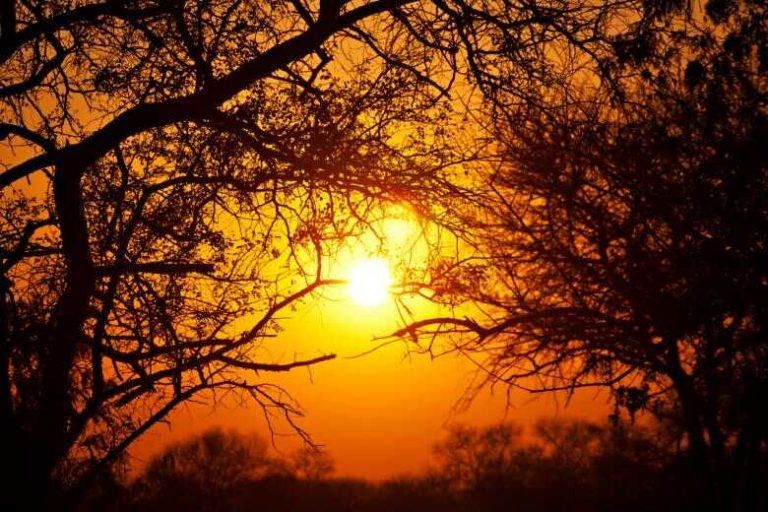 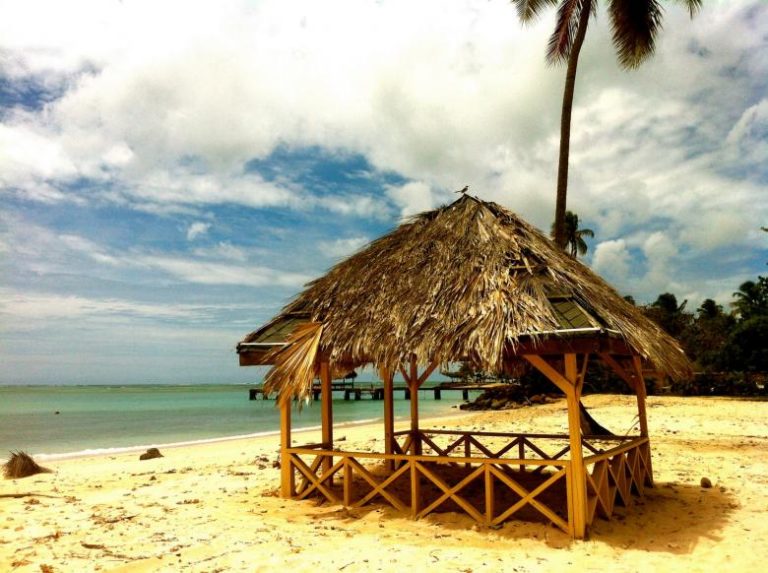 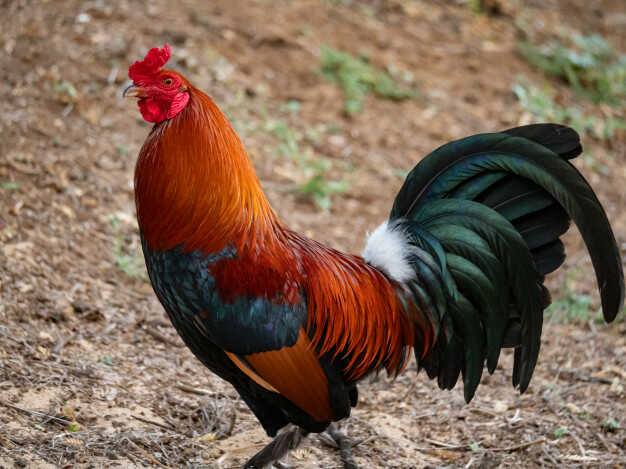 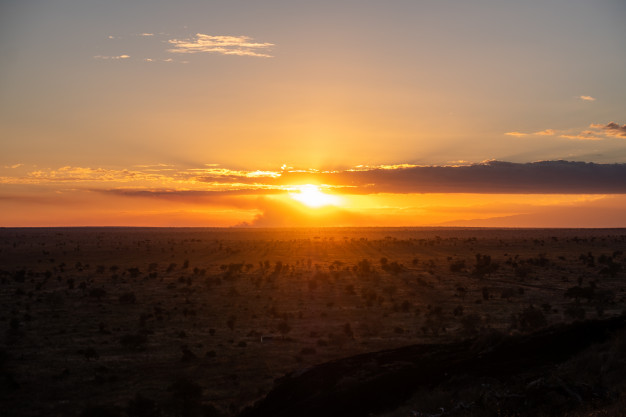